"The Liberal Democrats are building a stronger economy in a fairer society, and crucial to that is equal rights for all.
"Equal marriage will strengthen the important tradition of marriage in our society, ensuring it remains a vibrant institution well into the 21st century and beyond.
"Previous governments have shied away from taking action on equal marriage, but the Liberal Democrats are tackling the inequalities faced by the gay, lesbian, bisexual and transgender community head on.
"The state should not bar a couple who want to marry just because of their gender and the state should not bar a religious body that wishes to do so from conducting same-sex marriages." 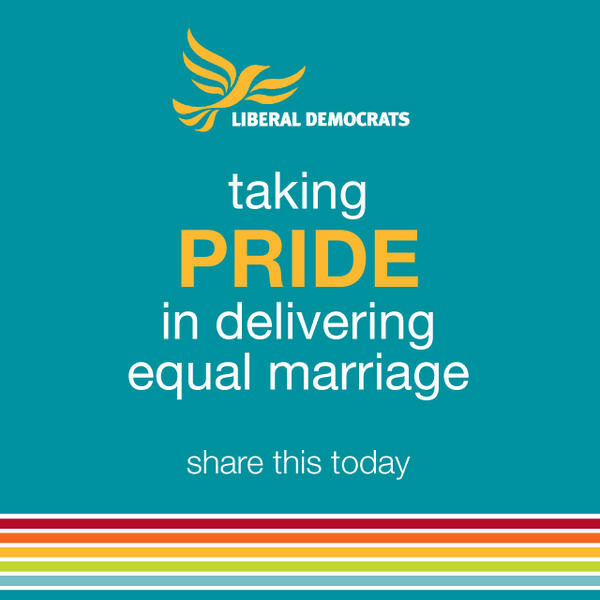