In a visit to the Liberal Democrat/SNP battleground constituency of Gordon today, where the race is between Liberal Democrat candidate Christine Jardine and former SNP Leader Alex Salmond, Liberal Democrat Leader Nick Clegg will reach out to Labour and Conservative voters who do not want to be represented by an SNP MP. 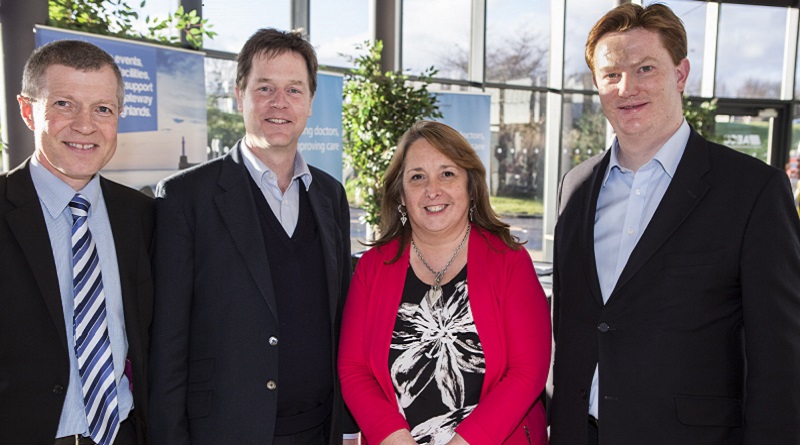 "In 11 Scottish seats, you face a simple choice: do you want an SNP MP or a Liberal Democrat MP?

"In these seats the Liberal Democrat candidate is the only one that is in a position to beat the SNP.

"So if you are someone who is considering voting for the Conservative or Labour candidate, my message to you is this: lend us your vote and we can stop the SNP winning in your constituency."

He will also criticise the SNP for risking the economy with excessive borrowing and wanting to break up the United Kingdom, saying:

"The SNP are not the party of Scotland, they are the party of debt. They want to borrow more and more money - an eye watering £180bn - and their plans for full fiscal autonomy will cost the people of Scotland £7.6bn.

"They will risk our economy and leave our children and grandchildren to pay for it for years to come.

"The Liberal Democrats are working for Scotland in a way that is responsible, fair and keeps the country on track.
"The SNP are shouting from the sidelines and are determined to keep a minority Labour Government on life support, limping from vote to vote towards the break-up of the UK.

"Do you really want a Government on life support, with Alex Salmond deciding whether it succeeds or dies?"