Liberal Democrat Leader and Deputy Prime Minister Nick Clegg will today (26 April) deliver a speech in Sutton, hitting out at both the Conservative and Labour parties for not being honest about what they would do in a hung parliament.

He will argue that it is increasingly clear no party will win an overall majority, and that the two main parties need to come clean about whether they will do a deal with UKIP or the SNP.

Liberal Democrat analysis shows that 99% of the national polls this year indicate a hung parliament.

There have now been 176 national opinion polls this year. Run through the May2015.com seat predictor, and taking into account the latest Scottish polling, 174 of the polls predict a hung parliament.

In his speech, Nick will say that the Liberal Democrats have a proven record of being able to form a strong and stable coalition government, able to bring stability and prosperity to Britain. 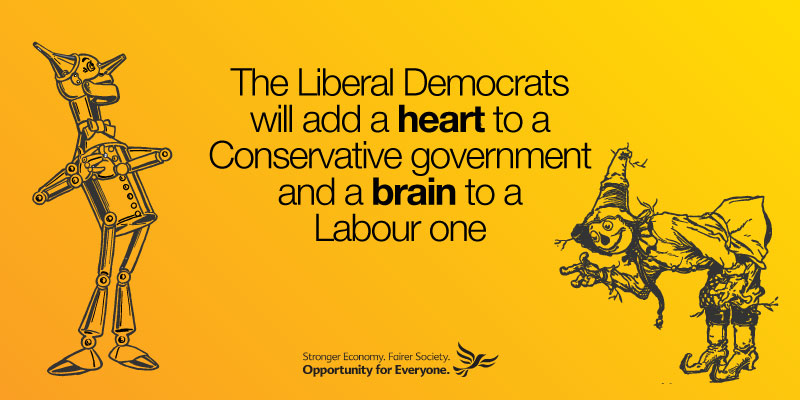 He will say that voters have a choice between a stable coalition with Liberal Democrats, ensuring Britain stays on track, or a minority government on life support.

"The Liberal Democrats have shown that a hung parliament can lead to a strong, stable coalition capable of turning round the economy and making sure the difficult decisions needed are taken with a sense of fairness and compassion.

"But not every type of coalition will put the national interest first in the way that we did.

"You have heard all about the dangers of a Labour-SNP alliance that would drag us off to the left with reckless borrowing and put the future of our United Kingdom in doubt again. We can stop that.

"Ed Miliband could be Prime Minister in less than two weeks. But with enough Liberal Democrat MPs we can stand between Alex Salmond and the door of No 10.

"But it is just as possible that David Cameron could be Prime Minister again. And this time, instead of being forced to listen to the Liberal Democrats, it could be Nigel Farage and his friends on the right that get to dictate terms.

"With enough Liberal Democrat MPs we can stop that.

"There are just 10 days left to keep Britain on track. And the only way to do it is to vote Liberal Democrat.

"Only the Liberal Democrats will put the national interest first and build a stronger economy and a fairer society.

"And only the Liberal Democrats can stop Alex Salmond and Nigel Farage from dragging the Government away from the stable, centre ground."