The Tories won't keep the economy on the right track

Conservative claims that they will stick to the economic course forged by the Coalition is the 'con of the campaign', Liberal Democrat Chief Secretary to the Treasury Danny Alexander has warned.

Danny has said that Conservatives' economic plans for the next parliament differ hugely from the sensible and balanced approach of the last five years. 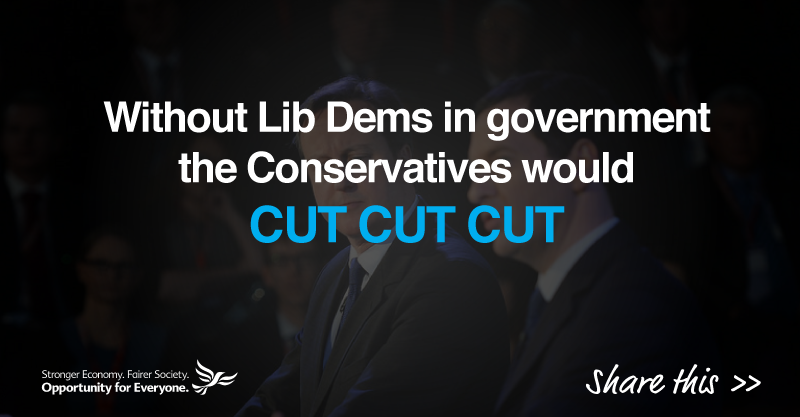 It is clear the Conservatives are diverting from this plan - a plan backed by the OECD and IMF.

Far from sticking to policies that have brought record jobs and growth, George Osborne plans represent a massive lurch to the right, he added.

They will cut more than is economically necessary, risking financial stability. Small business are correct, a change of tack "would be far too risky".

Only the Liberal Democrats will stick to the balanced and fair plan that has got us this far:

"The Tory claim that they will stick to the balanced and fair economic plan that has got us this far is the con of the campaign.

"The Conservatives are pulling the wool over the eyes of the British public by pretending their future plans are anything like the ones that have got us this far.

"This recovery is only happening because of Liberal Democrats in government. We have anchored economic policy in the centre ground and have constantly had to keep the Tories reined in.

"Now as the election approaches, David Cameron and George Osborne are wildly lurching away from the sensible economic policies that have turned our country around.

"Businesses, economists and the OECD are right. We need to stick to the plan that has worked but only the Liberal Democrats will do that - the Conservatives won't."